Skip to content
#StBarthStrong: St Barths island gearing up to reopen to visitors by October 30 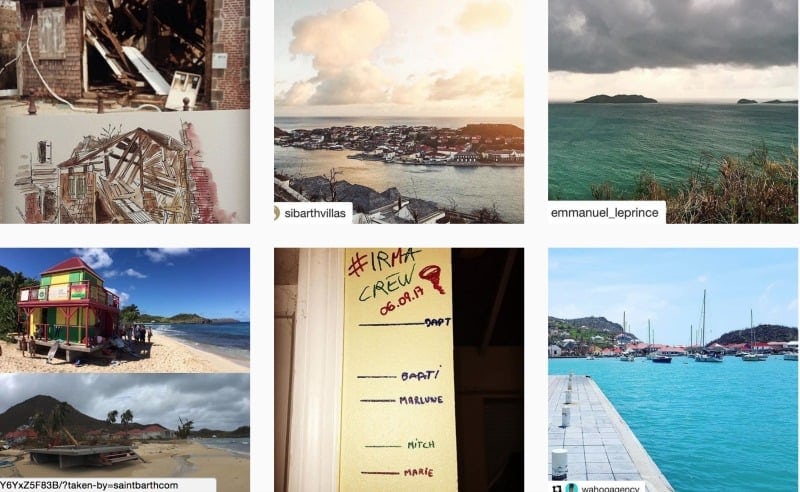 Hurricane Irma was the biggest, heaviest, worst hurricane recorded in human history. St Barths was right into the center of this monster, for long hours. Needless to say, the houses, hotels, infrastructure have been hit. Yet, if you have been to St Barths, you know that the locals are one of a kind: Self-reliant, hard-working and united. In less than a week, without outside help, they had reopened the airport, the commercial port, the power plant and the water plant. Incredibly, a lot of villa rental agencies, restaurants, bars, and shops say that they will be ready by October 30.

How? Let’s see how St Barths locals are rebuilding the island.

The first days: Reopening the infrastrucures, to enable relief efforts

On my SaintBarth.com Instagram account, I tried to document this incredible demonstration of self-reliance. With only 9,000 inhabitants, the island of Saint BarthÃ©lemy has always been a tight-knit community.

Nowadays, there are 4 big groups that make the island:Â  The descendants of French emigrants who arrived 400 years ago (“les Saint Barths”), the recent French emigrants (“les MÃ©tros”), the Portuguese who came during the construction boom and the seasonal workers.

When the hurricane hit, it was off season. Despite the differences, everyone became “St Barth”: Cutting trees, cleaning up the island, calmly preparing bags of food at the supermarket, opening their houses to others …. quite incredible ..

The St Barths have not been able to rely much on mainland France over the centuries. True, there is a strong link, but let’s not forget that the French sold the island and its inhabitants to Sweden for 80 years. The island is also fiscally autonomous and President Magras was clear that he would not be begging for money to the Mainland, as he felt that St Barths had to own the consequence of its tax status.

In a matter of days, locals took over construction machines and chased sand and water from the airport strip, reopened the commercial port and restarted the power and the water plants. Cell phone network came back in Gustavia. Most of the island was not covered, far, far from it, yet but Gustavia was up and running and could serve as a relief center for the rest of the island.

The airport was turned into a Disaster Center, coordinating efforts to evacuate families with babies, welcoming power generators, and even welcoming French President Emmanuel Macron.

No major looting in St Barths, even if the doors to 2 supermarkets had been forced in the first hours of after the hurricane.

Getting things done: St Barths’ commercial port officially reopens this Monday. Water, food and materials will arrive to the island. No food shortage to be feared, then. #stbarthstrong #stbarths #saintbarth #saintbarthelemy

Gas stations to reopen this Tuesday. Rationing in place, 20 euros’ worth of gas per car. Step by step, things are getting back to bearable, would not quite say normal. But people on the ground are getting things done. – And yes, I know that this an old photo, but driving mimi mokes in St Barths are always nice to think about 😉 #stbarths #stbarth #saintbarth #stbarthstrong #minimoke #moke

Pretty soon, 2 hurricanes came to threaten St Barths again: JosÃ© and then Maria. JosÃ© finally never hit the shores and people celebrated. A brass band even played spontaneously in the streets, between Le Select and Le Bar de l’Oubli which had just reopened.

Hurricane Maria was more dangerous: A lot of wind and rain, but also the danger of broken stuff flying around the island and hitting people. Yet again, locals had to be confined to their homes for more 30 hours. Yet another tiring time for them.

Once this had been passed, people focused once more on helping each other: One teacher held class in his own home while the school was being cleaned by parents, groups of friends joined to cut trees, collect and burn litter.

The effort right now is on cleaning up the island: Tiles, glass, litter, all kinds of things have flown around the island. They can be dangerous now and in the future. Before nature grows back, it is important to gather and burn them.

#Repost @graugart (my note for this repost: this marching band celebrating #huricanejose missing St Barths put tears in my eyes ) ãƒ»ãƒ»ãƒ» Just a few days after Hurricane Irma, the whole island was once again locked up, everyone indoors, waiting for JosÃ© to arrive with the potential death blow and complete destruction of this beautiful – and after Irma, very unprotected – place. It was a long and eerie wait all day, nervousness in the air and countless homes, lives and businesses on the line. Then, after hours of hours of now knowing the very destiny of your life, when you suddenly hear a MARCHING BAND walk through the streets and everyone run out of their houses, cheering, drinking, dancing and partying, you know it is good news. Hurricane JosÃ© passed just north of us and the relief is indescribeable, I think the whole island just had collective goosebumps when they heard those trumpets and drums and cheers. We are safe and the reconstruction work can begin. Supplies have arrived, we have food, water and will be back on our feet in no time. Thoughts go to the less fortunate people and who ever else are in line of fire of Irma or JosÃ©. Don’t underestimate these monsters, they’re pure, pure evil. Thanks everyone for the many thoughts and messages. Can’t wait to resume normal life here soon. Much love. #stbarths #stbarth #supportstbarths

What does the season look like in St Barths after hurricane Irma?

Now that the airport has been reopened to commercial flights, the local authorities are focusing on reopening the island for October 30. Why?

The basic infrastructures are up and running, in most but not all of the island, as I am writing this:

Villa rental agencies are also gearing up to welcome guests by October 30, as confirmed by Ici & La Eden Rock Villa Rentals, Sibarth and St Barth Properties. Not every villa will be ready, but quite a few will.

Le Select, Le Bar de l’Oubli and many other favorites have already reopened.Â  Personal favorite restaurant Le Tamarin is working hard to reopen for the season.

Same for my own villas, BelAmour and Domingue.

Will it be perfect for Christmas 2017? No? Will be amazing, with locals and visitors have to see each other, falling into each other’s arms and simply enjoying the island more than ever? You bet!

#Repost @increments (So encouraging ! Great video, great message! ) ãƒ»ãƒ»ãƒ» It's amazing to see how much has happened in one week, and how fast things are moving since Hurricane Irma's destructive strike, here on St Barts. The roads have been cleared and repair work has already started on some houses and villas. There is already water and electricity on the larger part of the island, and even internet is back for some, including me, after 8 days. The gas station is now letting people fill up without limits, and grocery stores are being supplied, although fresh produce is still hard to get. In a week we will be back to as close to normal as can be, and I n a few months, the island will look vastly different. #stbarts #stbarths #saintbarts #saintbarths #sbh #caribbean #island #Irma #hurricaneirma #olloclip 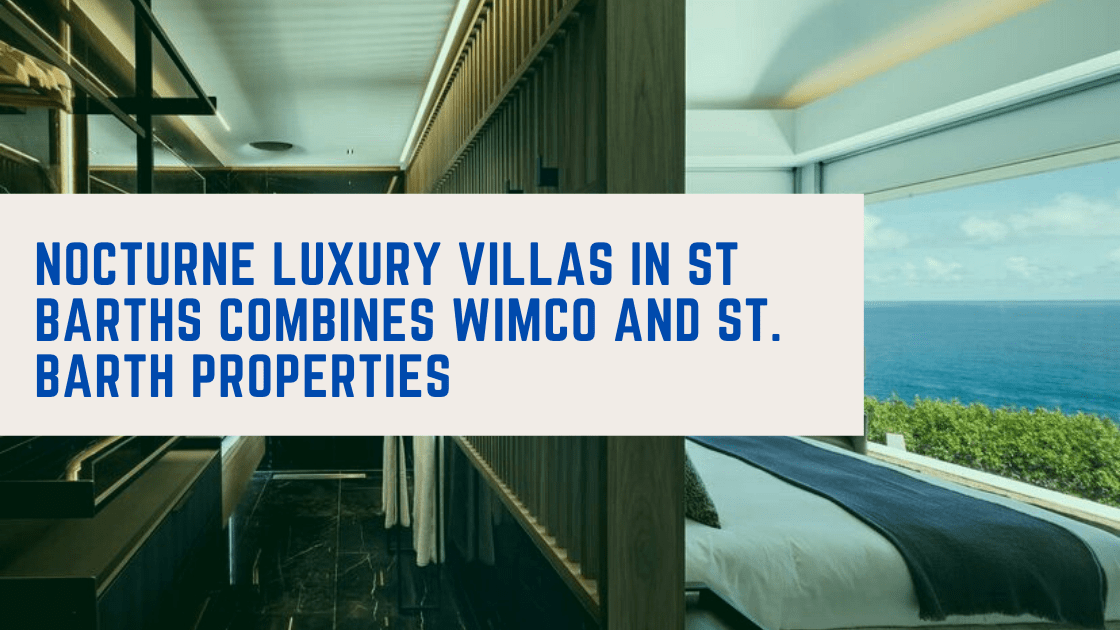 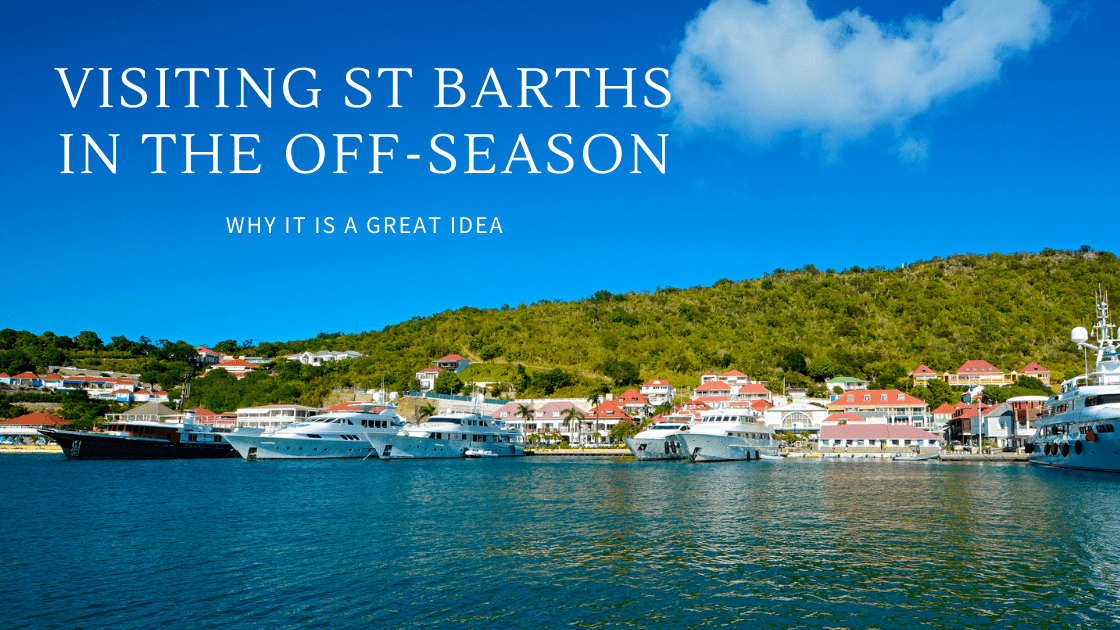 The best things about visiting St Barths in the off-season